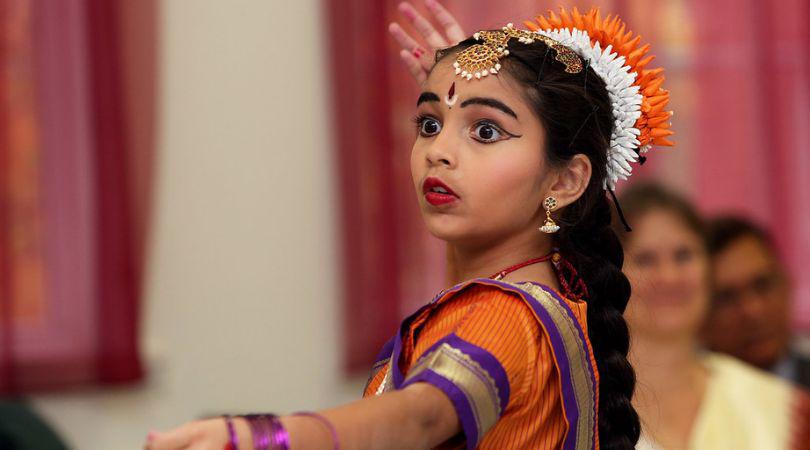 It is known for its impressive quick footwork, drama, expressive eye movements. It is a mixture of tandava and lasya elements. The Kuchipudi performer apart from being a dancer and actor has to be skilled in the music of performance. Kuchipudi is performed on classical Carnatic music.

Kuchipudi uses a lot of fast rhythmic foot movements with gracefulness in body movements which highlights the dance form. The dance even consists of hand gestures and facial expressions. The instruments used for music include Mridangam, flute, violin.

The Kuchipudi dancers wear light makeup and ornaments like Rakudi, Chandra Vanki, Kasina Sara, and long plait decorated with flowers and jewelry. The ornaments are made of Boorugu. The costumes are similar to Saree worn in Bharatnatyam. Ghungroos are specially made for creating sound to the rhythm. Before starting the dance, there are certain rituals to perform in front of the audience. Kuchipudi dance is enacted during the night in the open air on stage.

It involves difficult foot movements and is generally a team performance. Most of the Kuchipudi recitals are based on stories of Bhagwat Purana but have a secular theme. There is a predominance of Shringaara ras. The Dance involves all three components of classical dance: Nritta, Nritya, and Natya. It is similar to Bharatnatyam but has its own features.

In a Kuchipudi recital, the dancer may combine the role of a singer into himself/herself as well. Hence, it becomes a dance-drama performance. Both Lasya and Tandava elements are important in the Kuchipudi dance form. A Kuchipudi recital is generally accompanied by Carnatic music; Violin and Mridugangam being the principal instruments. The recital is in the Telugu language.